Born in Argentina, he participated at the age of 17 in the Guitarras del Mundo international festival and recorded a guitar disc dedicated to traditional Argentinian music. Installed in Buenos Aires for higher studies, he worked as a violinist in the National Radio orchestras and typical tango orchestras. As a representative of Argentine and South American music, he was asked to play at the Grand Auditorium of the Palais des Festivals in Cannes, the Cité de la Musique in Marseille, La Cigale, the Cervantes Institute or the House of Latin America in Paris as well as in Europe and South America. He has conducted many international orchestras and ensembles such as the Intercontemporary Ensemble, the Lucerne Festival Academy Orchestra, Savaria Szimfonikus Zenekar in Hungary or the Teatro Colon Academy Orchestra in Argentina. Principal conductor of the symphonic formation of the COGE (Choir and Orchestra of the Grandes Écoles), he was also guest conductor of the Orchestra and Choir of the Universities of Paris, the French Flute Orchestra in France or the Garage Ensemble in Germany. Since 2014, he has been working at the Cité de la musique - Philharmonie de Paris, in particular by directing the orchestras of the Demos project. Graduated from the Catholic University of Argentina in orchestral conducting in 2009, he obtained the Orchestral Conducting Prize at the CRR de Reims with Rut Schereiner in 2013 and improved his skills with Zsolt Nagy (CNSMDP). He participated in the prestigious Lucerne Festival academy together with Matthias Pintscher, Susanna Mälkki and Alan Gilbert. He also worked with Peter Eötvös at the Bartók Festival, Royaumont and IRCAM. His musicological research on the evolution of Argentine music in the twentieth century published by EDUCA - Buenos Aires received a special mention at the Konex Classical Music Awards 2009 and was presented at the Buenos Aires International Book Fair in 2010. In 2018, he is invited to conduct the Orchester national de Lille on a contemporary tango program. 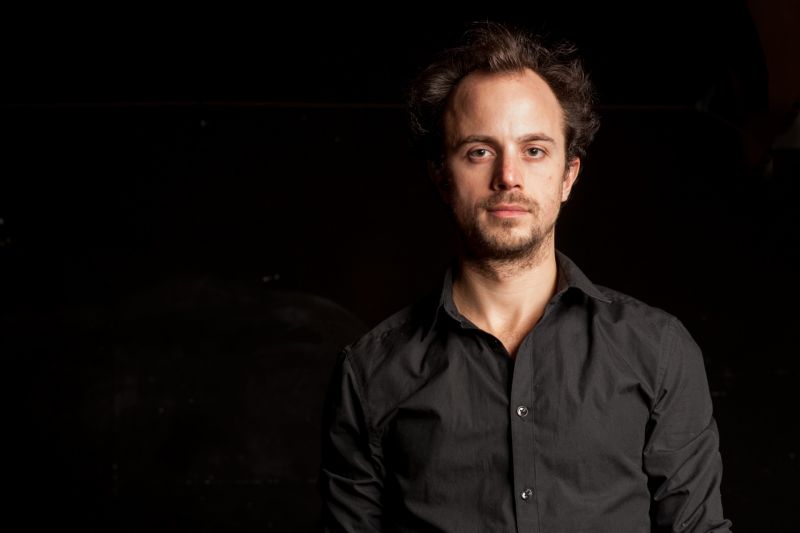