Trained in classical and contemporary dance in Bordeaux, she entered the Ballet de l'Opéra de Rennes, then the Grand Theater in Dijon, before being hired at the Ballet du Rhin in 1982 and stood out there among others in Suite in blanc, Phèdre, Daphnis et Chloé by Serge Lifar, Princess Florine in Sleeping Beauty, the pas de deux of the grape pickers in Giselle, the little swans of Swan Lake and The Four Temperaments by Balanchine, Coppélia, Petrouchka, Renard de Jean Christophe Maillot. In 1986, she was chosen by the director of Kirov to play Lise in La fille mal gardée. In May 1988, she was Kitri in Don Quixote. She was then named First Dancer. Under the direction of Jean-Paul Gravier from 1990, she played among others Juliette in Roméo et Juliette by Bertrand d'At, Emilia in La Pavane du Maure by Jose Limon, Creused in Jason and Médée by Ivo Cramer, Caroline in Le Jardin au lilac by Anthony Tudor, the young girl from The Big City and the mother in La Table verte by Kurt Jooss, Herman Shmermann by William Forsythe, La Complainte du Gerfaut by Claude Brumachon and Slow Heavy in Blue by Caroline Carlson. Throughout these years, she participated in many creations, including Primum Saltare by Odile Duboc, Sarabande for Jean-Philippe by Beatrice Massin, Le Manteau d'Arlequin, Fébrile, Debout immobile sur trois pieds by Ivan Favier, and Pilobolus Nutcracker. Under the direction of Bertrand d'At, from 1997 to 2013, she notably performed Concertante by Hans van Manen,Agon by Balanchine, the Greek in Dyonisos by Maurice Bejart, Chamber Symphony by Lucinda Childs and Voluntaries by Glen Tetley. She participated in the creation of Alexie and The Nutcracker by Jo Stromgren, Murailles d'ermine by Claude Brumachon and Swan Lake by Bertrand d'At. In 2000, she was appointed ballet master of the company. She regularly gives classes there. In 2007, she was Bertrand d'At's assistant for the creation of A Sigh for love for the Shanghai Ballet and the cover of Roméo et Juliette for the Chemnitz Ballet. That same year, she assisted Jean-Paul Gravier for the revival of Jason et Médée*. From 2013 to 2017, she worked under the direction of Ivan Cavallari and, since September 2017, under that of Bruno Bouché. She holds the State Diploma for the teaching of classical dance. 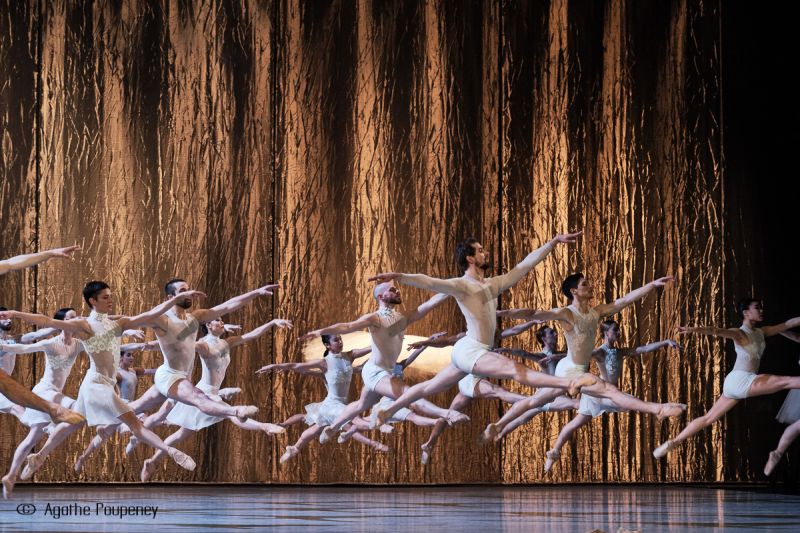