A hugely versatile artist, Julie Fuchs began her musical and theatrical training in Avignon and went on to attend the\ Conservatoire National Supérieur in Paris, where she was awarded first prize with honours in singing. Julie quickly went on\ to make her mark in roles showcasing her vocal and dramatic dexterity, including Ciboulette at the Opera-Comique,\ Morgana Alcina and Susanna Le nozze di Figaro at the Opernhaus Zürich.\ Julie has twice been a prize winner in the 'Victoires de la Musique' competition (awarded by the French Government for\ outstanding contribution to the music industry), firstly in 2012 for Best Opera Newcomer, and in 2014 for Opera Singer of\ the Year. She was also awarded 2nd prize at the 2013 Operalia Competition in Verona.\ In 2015 she made her debut at the Opéra de Paris as la Folie in Rameau's Platée, and has since been reinvited for a number\ of productions in future seasons including Nanetta Falstaff in this coming season. She has also recently performed the role\ of the Countess of Folleville Il viaggio a Reims and Angelica Orlando for Opernhaus Zürich, and Musetta at the Bayerische\ Staatsoper.\ Last season, Julie premiered the role of Esther in Francesconi's Trompe-la-mort at the Opéra de Paris, made her role debut\ as Leïla Les pêcheurs de perles at the Théâtre des Champs-Elysées and made a critically acclaimed house debut at the\ Wiener Staatsoper in the title role of Donizetti's La fille du régiment. Julie spent the summer at the Festival d'Aix-enProvence\ 2017 as Zerlina in their new production of Don Giovanni.\ Engagements in the 2017/18 season include returns to the Opéra de Paris, La Comtesse Adèle in Opéra Comique's new\ production of Le Comte Ory, Morgana at the Théâtre des Champs-Elysées and Poppea at Opernhaus Zürich. Julie also\ makes house debuts at the Teatro Real Madrid as Giunia in Lucio Silla and as Pamina in Die Zauberflöte.\ In addition to operatic appearances, Julie pursues a varied career, giving recitals with pianist Alphonse Cemin, recording\ with jazz heroes Giovani Mirabassi and Paco Seri and performing in musicals such as Eliza Doolittle in My Fair Lady and\ Maria in The Sound of Music for the Théâtre du Chatelet. On the concert platform, Julie's recent engagements include an\ American concert at the Choregies d'Orange, Acis and Galatea in concert with the Mozarteumorchester Salzburg as well\ as her debut at the BBC Proms 2016 with the BBC Symphony Orchestra conducted by Marc Minkowski.\ Her discography includes a recording of early songs by Mahler and Debussy with Alphonse Cemin, and a disc of Songs for\ Piano and Voice by Poulenc (Atma Classique). In 2014 Julie signed an exclusive contract with Deutsche Grammophon, with\ her first solo album 'Yes !' released in 2015. 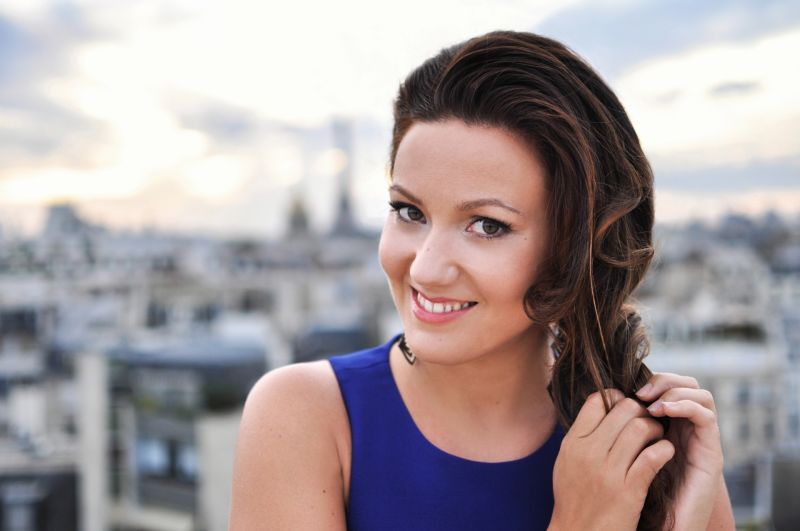